32% Of Teen Girls Say Instagram Makes Them Feel Worse About Their Bodies – What Facebook Does Not Want You To Know: The Impact Of Social Media On Mental Health

World Mental Health Day helps to raise awareness around the impacts of mental health matters on society. It’s held annually on the 10th of October and gives a platform for the fight against the increase of mental health issues in today’s world.

Although our mental health should be taken seriously all year round, World Mental Health Day provides a strong and widespread movement for change each year. It also presents an ideal opportunity for us as a society to evaluate our mental health and how our actions can impact others, both from an individual and organisational perspective. 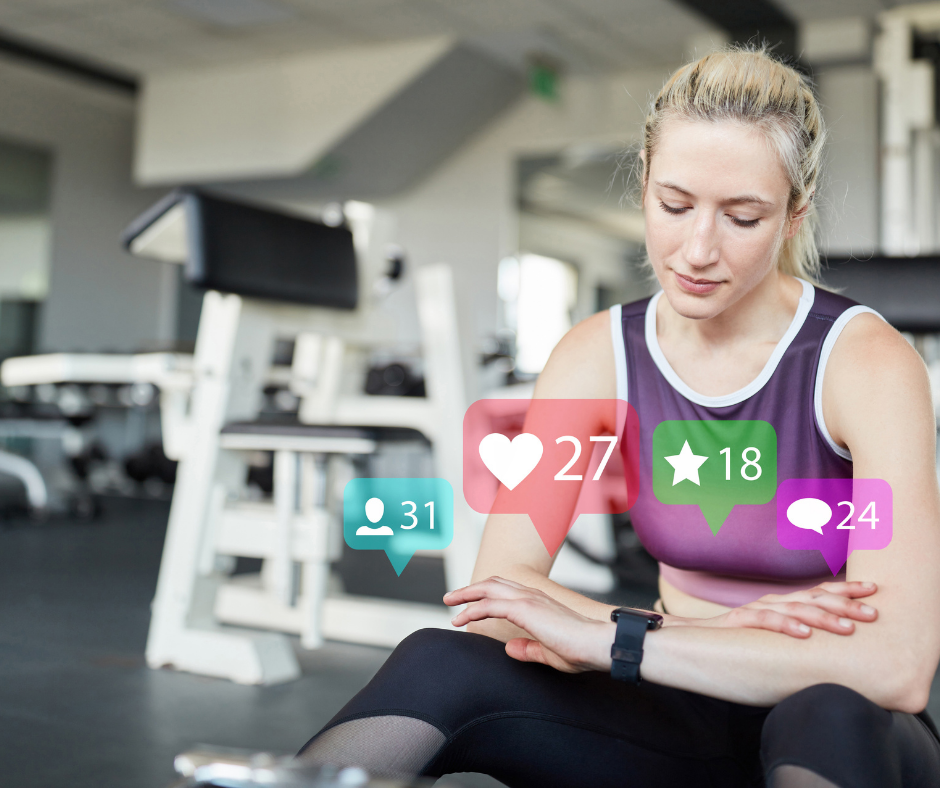 You may have seen recent news coming out of the Wall Street Journal reporting that “40% of teens in the UK and US say that Instagram makes them feel unattractive.” That is a tough headline to read, particularly if you work within social media marketing.

The report throws up some big questions: Are social media giants doing enough to protect their youngest users? How has it been allowed to get this bad? How can society influence change? What needs to change? And, is there anything that we as a social media marketing agency can do to help?

The vast majority of our teenagers, if not all of them, are using social media on a daily basis. Generation Z (people born between 1997 and 2012) can be considered digital natives. They were born into the digital era, and although ‘officially’ you have to be 13 years old to open a social media account, many of them will have found their way onto platforms at a much younger age. What’s more, the percentage of Gen Z users reporting negative effects stemming from social media is increasing.

While social media can be portrayed in a very positive light, younger users blame platforms such as Instagram for increasing anxiety, depression, self-esteem and creating an overall negative impact on their mental health. This is pretty damning stuff!

So what does Facebook say about this? After all, they have owned Instagram since 2012, during which time, Generation Z has become their biggest user group. Well, it may come as no surprise that Facebook has consistently downplayed the negative impact that Instagram has on teenagers.

However, what they have not shared is the results from an internal research study. The study suggests that the Instagram app is contributing to body image issues in teenage girls. According to a leak from Facebook and reported by the Wall Street Journal, Facebook has chosen to hold this information secretly for 2 years!

Other shocking findings reported by WSJ included that 32% of teen girls said that when they feel bad about their bodies, Instagram made them feel worse. Another leaked statistic that was presented by Facebook internally in 2019 showed ‘we make body image issues worse for one in three teen girls’. Perhaps the most distressing find was that 13% of British and 6% of American users have been able to trace their suicidal thoughts back to Instagram.

So, why are young adults and more specifically teenage girls being negatively impacted by social media?

The research did not identify the reasons causing these appalling statistics, but if you scroll through your newsfeeds and watch the stories and reels accessible to you, it is easy to see the problem.

Our time on social media is dominated by celebrities, influencers, highly targeted advertising, and image enhancement features. Celebrities, influencers, and even a large proportion of normal users filter the content that they post to illustrate themselves as living the perfect life. To add to this, photographs are routinely uploaded using filters to change the appearance of the user.

This may seem harmless to the user uploading the content, but in reality, it is negatively impacting audience members who are choosing to consume it.

So who is responsible? Is it the huge social media platforms, or the users who post this type of content?

The short answer is both. Social media platforms such as Facebook and Instagram have a duty of care to protect their users. They already have the technology in place to remove certain types of content such as copyright material, or anything of a sexual or violent nature. That is not to say that the social media platforms are not continuously implementing new safety features, but are they doing enough?

This is the latest from the platforms:

– Instagram – The platform has introduced new ways to support people affected by negative body image and eating disorders. They are signposting local eating disorders hotlines and offer advice on how to build body confidence. They are also constantly working on developing and updating their bullying policy and working with creators to promote mindfulness and self-care.

– Snapchat – Recently they have become more proactive by providing support to people who may be experiencing mental health issues. They have also partnered with mental health organisations to provide better support for their users. Snapchat has recently created tools to report and alert the platform when users are worried about their friends being at risk of self-harm.

It is evident that the social media companies are paying attention to the mental health of their users, however, the information above is very vague. To us, it feels like they are simply papering over the cracks rather than tackling the issues head-on.

What about the users posting this content? We believe there is a duty of care attached to them as well. We are all too aware of news reports over the last year highlighting racism issues on social media. The Government, Police, and even the social media companies have reminded users that they are responsible for what they post. The same applies here.

As users, we need to think before we post. Are you posting with the best intentions, or could your post be misinterpreted by your audience? Should we be creating these perfect, heavily filtered reflections of ourselves online, or should we be as genuine as possible?

Celebrities and influencers possess huge amounts of power online. Their audiences are aspiring to be just like them, so when a supermodel uploads an airbrushed image, members of their following are going to become influenced by this and try it themselves using filters. When influencers are talking about how much money they have made and document their seemingly immaculate lives, it has an impact on their audience.

When some audience members are not able to achieve the same lifestyle, appearance, or income, they will start to negatively compare their lives against those who they follow.

We are not saying that all celebrities and influencers are turning a blind eye to mental health, that is simply untrue. But, it is apparent that they as a whole can do a lot more to combat this growing problem.

Companies can also have as much of a negative effect on young people as influencers, celebrities, and other users. Businesses usually operate for one sole reason, to make money. To do so they will use highly persuasive and pressuring language to promote their products and services to a specific audience. Again, it is easy to see how these strategies may impact the mental health of the people who the business is trying to target.

The solution to social media’s mental health crisis is not going to happen overnight. Social media platforms can clearly do more to protect their users but it is unlikely that they are going to start filtering out harmful content if it does not go against any of their policies.

Instead, the battle is going to be left to their users, the individuals, influencers, celebrities, and organisations posting on the platform daily. Although it is going to be impossible to stamp out the issues altogether, promoting the problem and providing education to change users’ habits can make social media a better place.

Here at Aspire, we are committed to operating in a responsible way. We will always look to advise clients in line with best practices on mental health matters. We will never post or advertise something we believe will be detrimental to a user’s wellbeing. To guarantee this, we always carefully consider who we work with, from both a client and influencer perspective. We will also continue to create regular and honest content on the impact of social media on mental health.