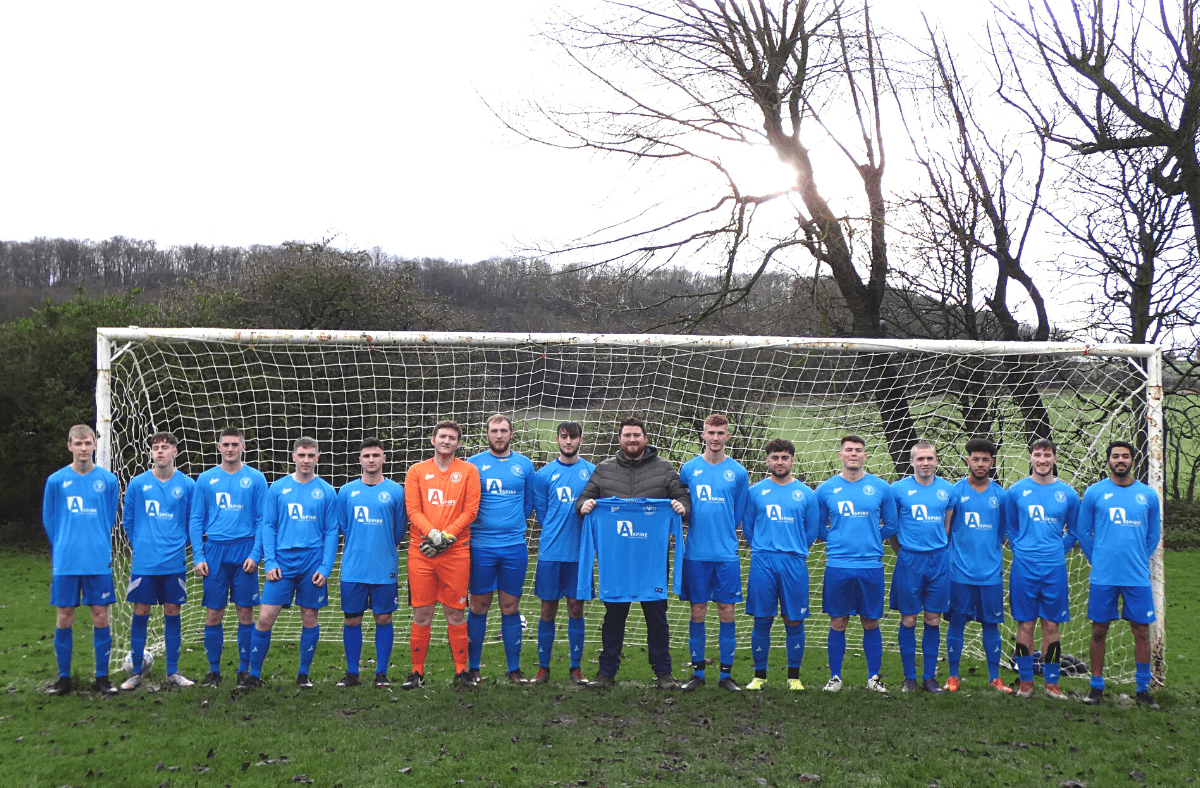 We’re delighted to announce that Aspire Digital Marketing will be supporting local football team, Velocity United as primary shirt sponsors for the 2020/21 season.

Velocity are newcomers to the Sunderland Sunday League where they’ve made an impressive start to the season and currently occupy joint 2nd position, just 3 points behind the league-leaders.

The agreement sees the Aspire Digital Marketing logo printed on Velocity’s new home shirt which will be worn during matches from the 5th December until the end of the season and beyond.

The sponsorship has not only provided Velocity with a new playing kit, but also demonstrates Aspire’s ambition to support local people, clubs, causes, and charities across the North East. The company is currently working hard to provide jobs for five unemployed individuals through the government’s Kickstart Scheme and is also proudly engaged in supporting a North Tyneside food bank.

We’d like to finish this update by wishing Velocity United all the best for the rest of the season in their quest for promotion. Howay the lads!